A big congratulations to William Roberts who took out our 6th NPL Super Series Final being the Southern Super Series, taking home $12,500 in cash and prizes and joining our hall of fame!

Well WHAT a heads up battle it was with Jesse Ferguson & William Roberts chips going back and forth. A Big Hand where Jesse went all in with pocket 8's and William called with A7. K 6 2 Flop Turn 7 River Ace to Cripple Jesse. The last hand saw Jesse All in with the 600k he had left with KJ Called by Williams J 10, William turned his straight and we crowned a new champion!

Robert Huskinson still leads the Super Series Player of the Year Leaderboard with Terry Adams not far behind, click here for details and here for the leaderboard.

Congratulations to all players who cashed below;

Once again we want to say a big thank you to all the players who make these events so great, Worrigee Sports Club and the NPL TD's and NPL Licensees for doing a great job this weekend.

The next NPL Super Series Event is the $100,000 Sydney Super Series with a Main Event of $75,000 GTD starting on the 20th of February 2020, check www.npl.com.au/SuperSeries/Sydney for full details and all dates. The next Southern Super Series dates to be announced real soon! 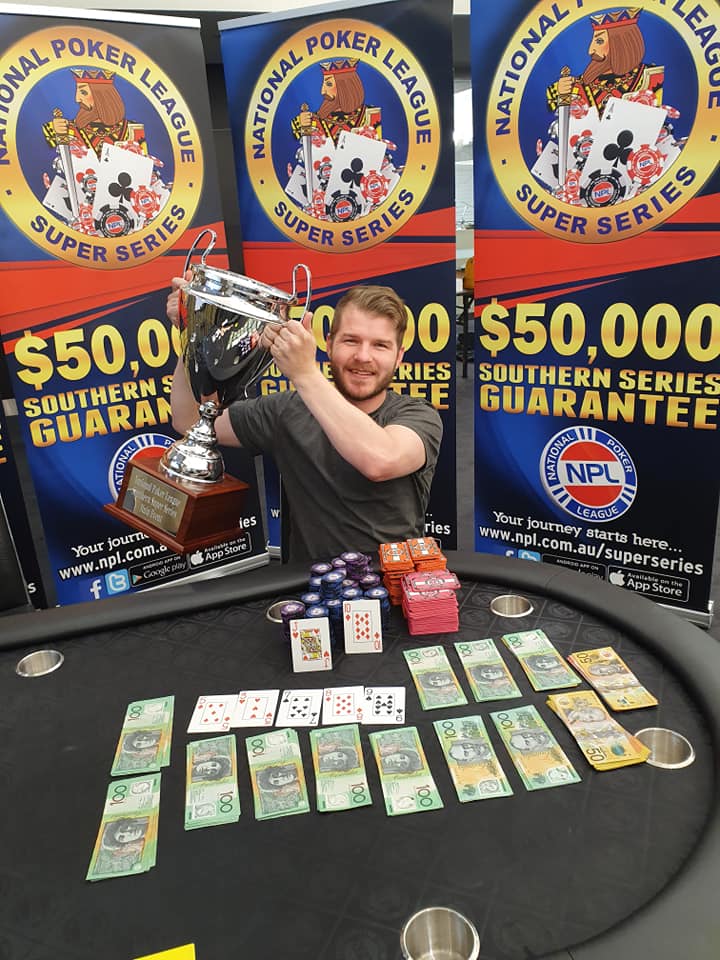 Congratulations to Chad Inabinet! Winner of the NPL Super Series and taking home $20,600!

Wanting to host NPL Poker in your venue?

NPL is Australia's premier poker events company, currently managing over 500 poker events a week around Australia. We invite all players to join our social poker league.